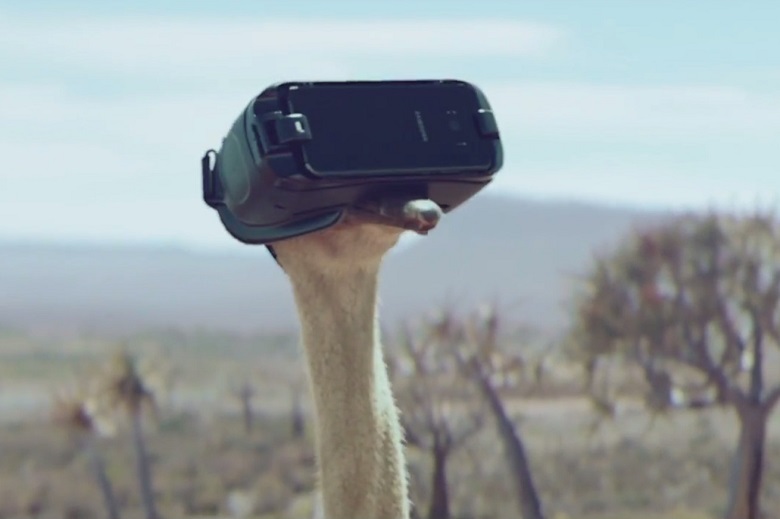 01 May Virtual Reality – No Longer the Flightless Bird?

It would’ve been difficult to predict that an ambitious ostrich would be helping to earn virtual reality a place at the table among other mainstream media platforms. However with their latest promotional campaign ‘#DoWhatYouCant’, in which a maverick ostrich achieves the impossible – flight – through VR, Samsung have managed to communicate the most fundamental element of the VR value proposition. If you haven’t seen the ad, take two minutes to watch it before reading on;

What is so good about it? There are 3 key reasons we’re so impressed;

Clarity at the core: The campaign is an excellent example of a brand clearly identifying their core message and, along with partners and agencies, designing from there without deviation. It may sound like a relatively obvious thing to do but so often this isn’t the case, particularly when communicating something with as many potential selling points as VR has;

Selling the ‘why’: With this campaign Samsung have managed to communicate a message that transcends selling product features or brand credibility. By communicating the ‘why’ of VR, they manage to sell their brand through the concept of doing the impossible, without really having to mention the product (although it does feature);

Simple and effective: The simplicity of this video is contributes massively to its success (it’s received 23M hits and 25K like on YouTube, so far…). The creatives working on this didn’t get bogged down in the complexity of what VR is, how it works or start to try and list the possibilities for all of their buyer personas, running the risk of creating noise with no real substance. ~They instead stayed focused on one simple scenario/storyline and allowed the viewer to fill in the gaps using their own imagination. It almost finds viewers asking themselves the question; ‘what do I want to do but can’t?’, with the response ‘VR will allow me to do that!’.

The combination of the three features of this campaign outlined above make it incredibly shareable. It’s clever, fun and, most importantly, doesn’t come across as an obvious sales tool. This is just the kind of intelligent marketing VR needs to communicate, to the masses, how it can be enjoyed.

We’d be keen to hear your thoughts on this campaign in the comments section, and if you’d like to get in touch to find out more how we’re helping brands engage their audiences, contact hello@insightgeneration.co.uk.